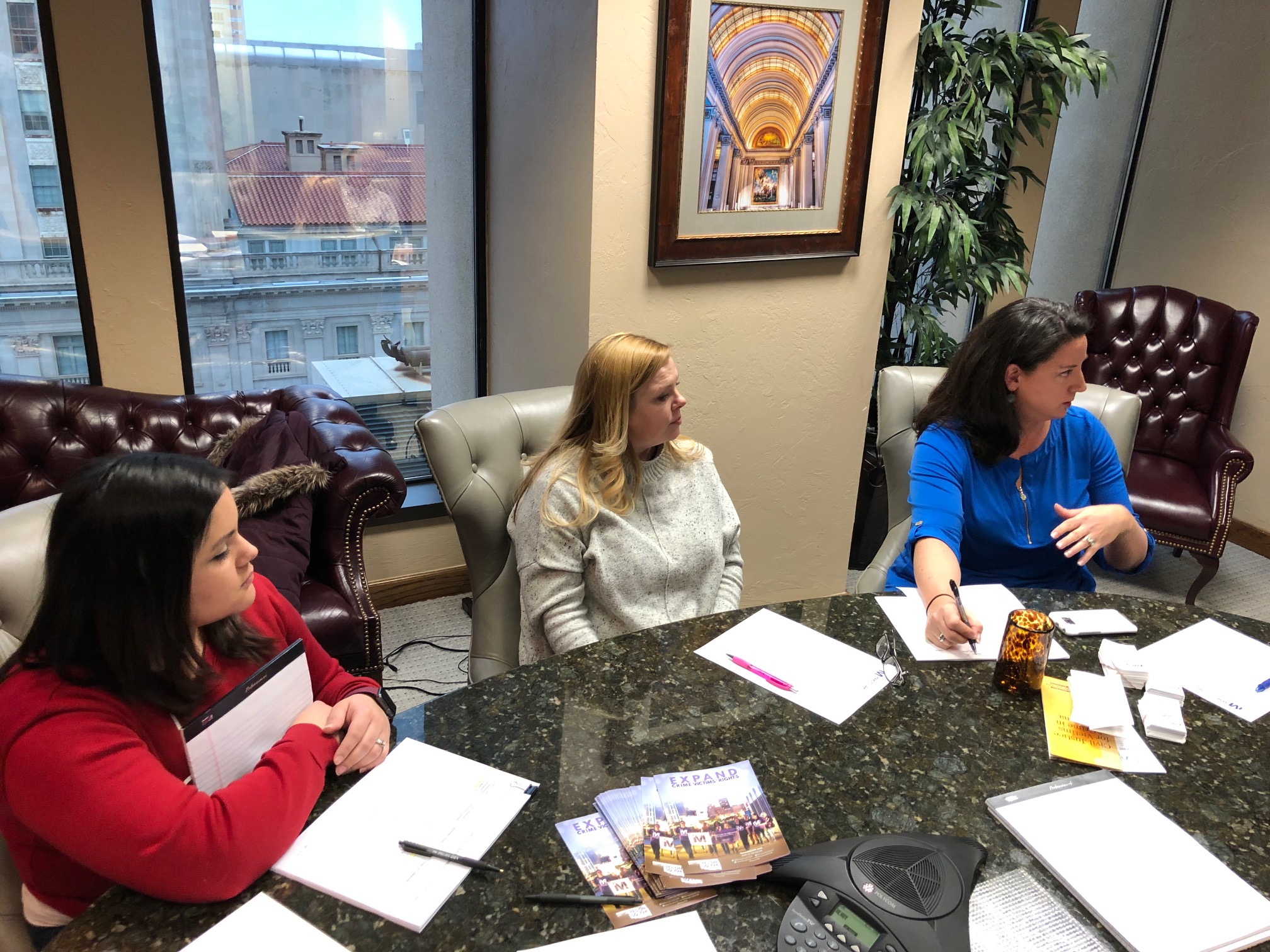 Last November, Oklahoma voters passed State Question 794, establishing stronger Constitutional rights for victims of crime. The Marsy’s Law for Oklahoma team was proud to be a part of that great win for victims and their families. Our work, however, didn’t end in November. 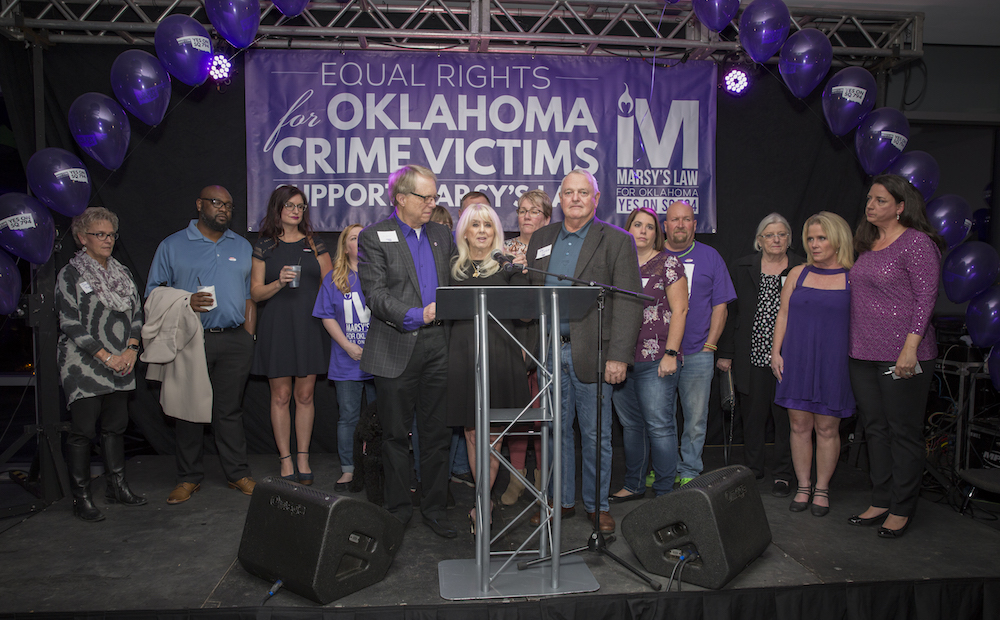 OKLAHOMA CITY – State Question 794, also known as “Marsy’s Law,” passed overwhelmingly tonight, with over 75% of Oklahoma voters casting their ballots in support of the measure. The initiative creates a stronger, constitutionally protected set of rights for victims of crime.

In Our Final Week Support for SQ 794 Remains Strong 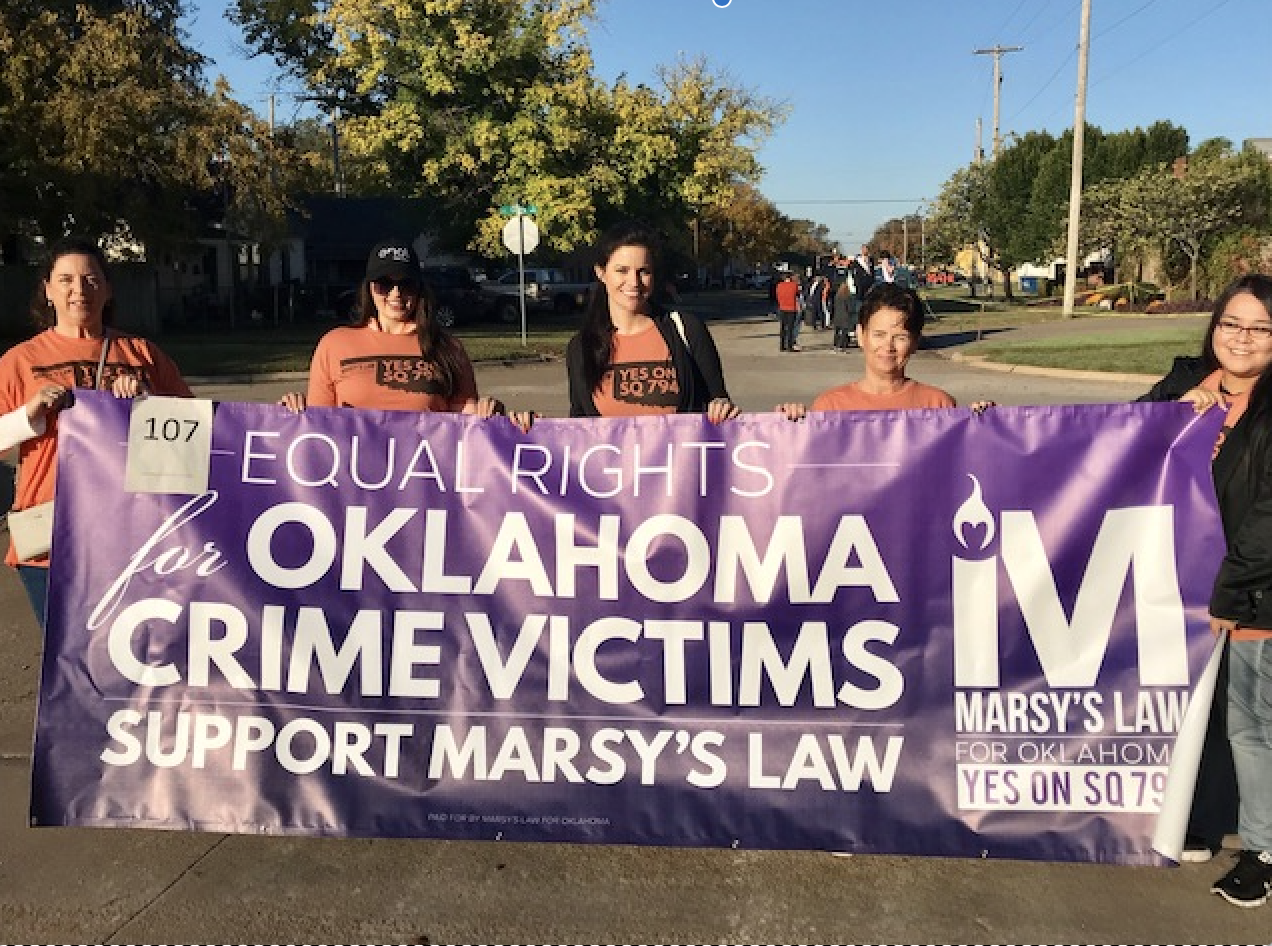 October 28, 2018
Supporters Make a Pre-Election Push for SQ 794
Election day is right around the corner, so supporters of SQ 794 have been out in full force!  This week we enjoyed coffee with supporters in Enid and Bartlesville to discuss the need for Constitutional rights for crime victims.  Additionally, we provided information and materials about SQ 794, as well as campaign gear, including t-shirts and signs.
Read More

You may have noticed our newest TV ad featuring former Oklahoma State Trooper Ben Crockett, whose son Jacob was brutally attacked and murdered in 2014. Crockett describes the difficulty he and his family had getting information during the criminal justice process. “All we wanted was answers,” he says. “But we had little say-so in what was going on. State Question 794 is like water in the desert for crime victims.”
Watch the full ad here: https://www.youtube.com/watch?v=Lh4Pxc69ox0&feature=youtu.be

OKLAHOMA CITY – Marsy’s Law for Oklahoma and the Yes on State Question 794 campaign today launched a series of social media videos highlighting support from crime victims and advocates for SQ 794, a provision on the November 6 ballot. If passed, an enhanced set of crime victims’ rights would be added to the Oklahoma Constitution.

One woman’s son was murdered in a drive-by shooting, and another woman’s 14 year-old daughter was murdered by a boy that she broke up with. The sad stories went on all evening as people greeted each other. These grieving families and many more survivors were among the more than 70 people attending the National Day of Remembrance for Murder Victims ceremony held in Oklahoma City. Marsy’s Law for Oklahoma members were proud to help organize and support these families on this important day.

We’re proud to have the support of Oklahoma’s medical community, who believes the proposed Crime Victims’ Bill of Rights helps Oklahomans during a crisis.

Jodi was severely injured in car crash by a drunken driver who had multiple prior DUIs and drug offenses.  While Jodi was fighting for her life in the hospital, the woman who hit her recovered quickly from minor injuries and fled the state before her arraignment. 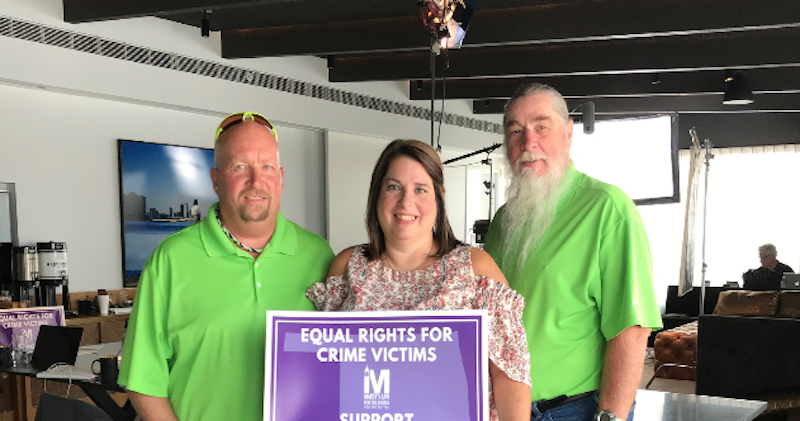 We appreciate our supporters throughout Oklahoma who recently gathered to explain why they support State Question 794.  Soon we will release their videos, but here is a behind-the-scenes look.