Kelly Vierling is an Oklahoman touched by crime, who believes that if the reforms proposed in State Question 794 would have been in place, her experience with the criminal justice system would have been very different.  When her son was shot and killed at a party, she learned there wasn’t the right support system for victims and their families.

“They didn’t tell us anything,” says Kelly. “When they arrested the woman who shot my son, they didn’t tell me. In fact, I didn’t even speak to the district attorney’s office until she was out on bail.”

When the trial process began, she was asked to remain silent and her family felt like they had no voice and no representation. While her son’s killer enjoyed and benefitted from a long list of Constitutional rights designed to guarantee a fair trial and fair sentencing, the Vierlings have alternated between being ignored and actively silenced.

Kelly wants people to understand that it’s the system, not the people involved with her case, who are at fault. The reforms proposed in State Question 794 are a way of fixing a process that is clearly broken. If 794 passes, families like the Vierlings will be required to be notified at each important stage of the criminal justice process: arrest, bonding, trial, and sentencing. If the DA seeks a plea deal, the Vierlings would be consulted. Their right to remain in the courtroom would never be in jeopardy.

Join Kelly and other crime victim advocates in supporting SQ 794. 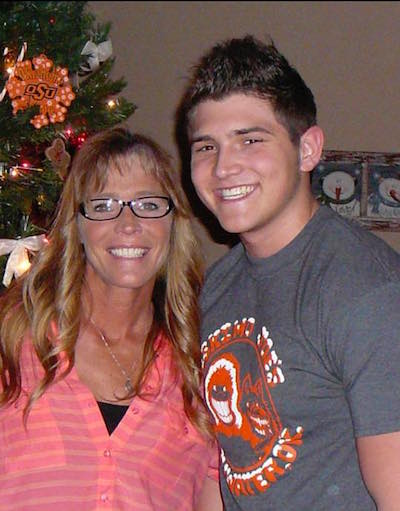