As We Celebrate Independence Day, Let’s Remember Those Who Protect and Serve

In honor of Independence Day, we remember the sacrifice many made to ensure the United States became an independent nation. This week, we showed our appreciation to law enforcement community for their ongoing commitment to protect and serve our country.

While many are enjoying parades, fireworks, barbecues, and family gatherings this week, please remember those who are keeping us safe.

In addition to the support of the Oklahoma Association of Chiefs of Police, Oklahoma Fraternal Order of Police and Oklahoma Sheriffs Association, 41 law enforcement officials have endorsed State Question 794 because it levels the playing field for crime victims without impacting the rights of the accused. A vote yes on SQ 794 is a vote for victims because it would elevate existing statutes to give important new rights to people affected by crime.

This week we took a moment to honor a few of our supporters. Pictured below are Rogers County Sheriff Scott Walton and Major Coy Jenkins and Canadian County Sheriff Chris West and his staff. 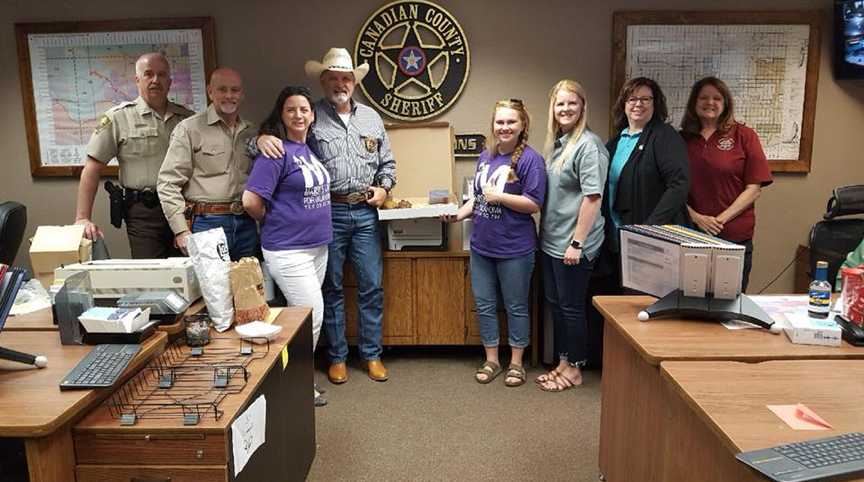